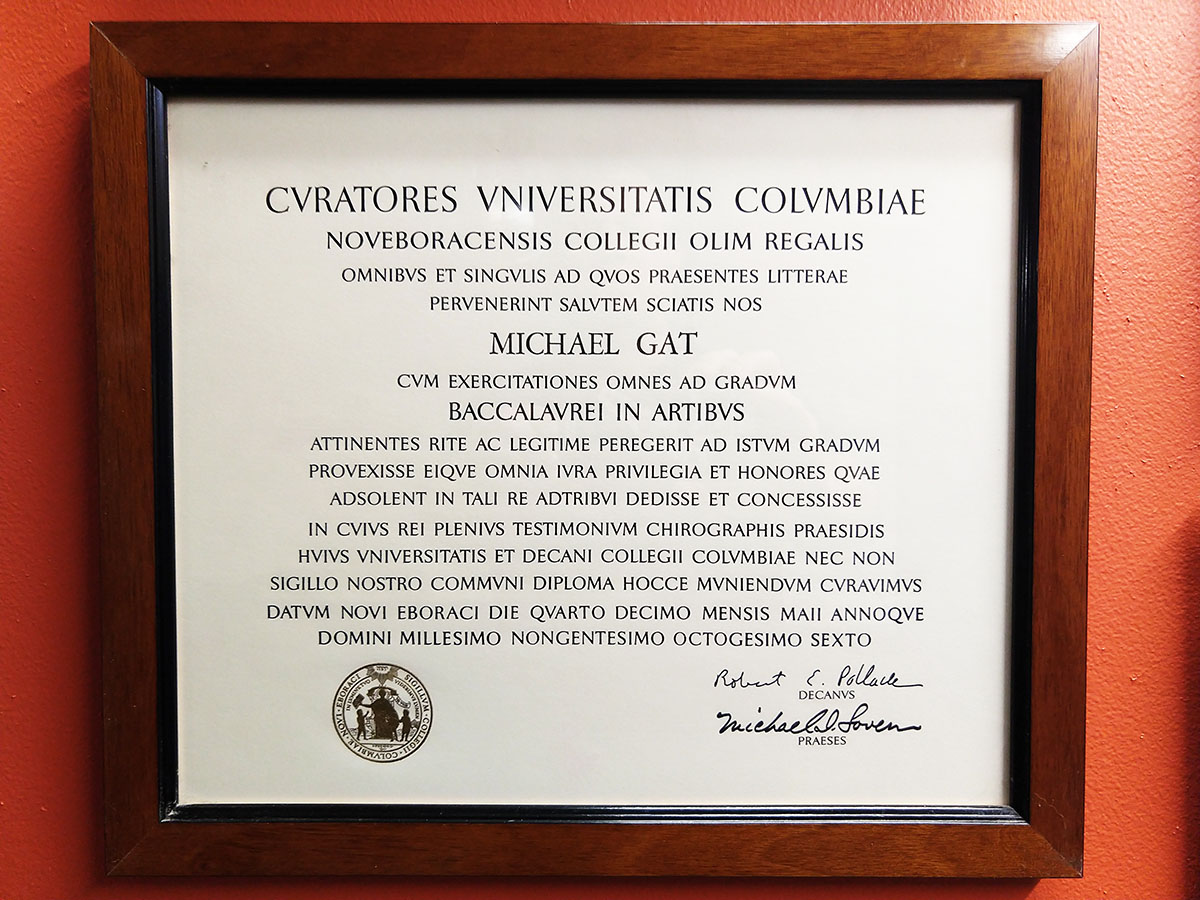 I was asked about my degree today by a hiring manager on a phone interview. The job was a bad fit, and the very fact that we were even discussing a degree from more than two decades ago pretty much makes that point. The fact that I had a BA in computer science rather than a BS seemed to be a real stickler for him, even when I explained. I wouldn’t be shocked if this discussion was what initially planted in his mind the notion that I wasn’t technical enough for the position. (He probably wasn’t wrong, but the text on an old piece of paper had nothing to do with it.)

So, in the hopes of averting any future misunderstandings, let me clarify here.

Columbia University was founded in 1754 as Kings College, and taught a traditional British-style liberal arts/sciences curriculum at the time. Alexander Hamilton was among the first students, though he never graduated due to the war. After American independence, the name was changed to Columbia College because… well… that whole “king” thing didn’t really make much sense anymore.

Over time, the college became a full-fledged university, it moved uptown (twice) and lots of new programs were added. But what hasn’t changed is that Columbia College — the undergrad division from which this all started — has never awarded any degree other than the Bachelor of Arts, entirely as a matter of tradition. Don’t believe me? Look at the official bulletin. Doesn’t matter what you study, you will get a BA. Want to study chemistry, computer science, or physics? You can, and you will get a superb education from a top-10 global university, but the piece of paper will still say “Bachelor of Arts,” or, actually, “BACCALAVREI IN ARTIBVS” because printing the degrees in Latin is another old tradition. They’re nice enough to give you a piece of paper with a translation.

Sure, you could go to the Columbia Engineering School and get a Bachelor of Science. But only in engineering fields. Want to get a degree in chemistry? You have to go to the College and get a BA. If you go to the engineering school you can get a degree in chemical engineering, which will be a BS. Computer Science is the one field that is offered by both divisions, respectively as either a BA or BS: the same CS program with differences only in other general degree requirements.

If you think that’s really dumb, consider that until recently Columbia’s BACCALAVREI IN ARTIBVS was referred to as an AB. This was true even in your transcript, which made for a lot of confusion as that is typically the abbreviation for an associates degree in business. They changed that one sometime in recent years. I’m told that one of the accreditation agencies finally put their foot down and demanded that Columbia come into compliance with standard nomenclature and abbreviations. My transcript still says “AB,” but an official degree certification clarifies that it is a “Bachelor of Arts.” Silly.

Fortunately, all my other degrees and certifications are from institutions with less tradition that prevents them from stating what their piece of paper really means.

And that’s how I happen to have an Bachelor of Arts (AB) in Computer Science.